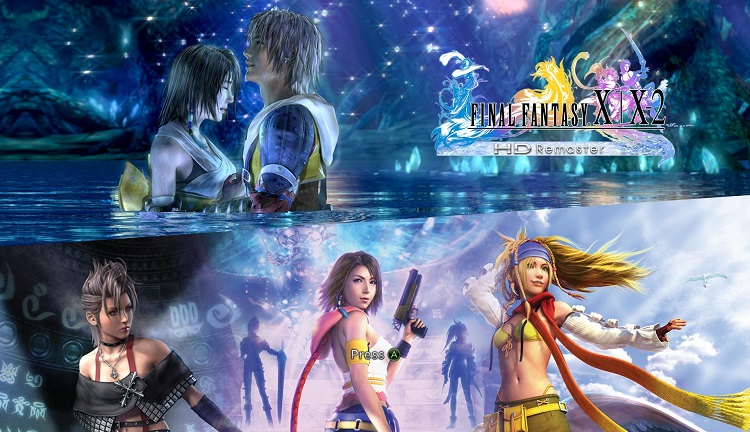 Square Enix has revealed that the Xbox One and Nintendo Switch versions of Final Fantasy X/X-2 HD Remaster, which released on the 16th of April, 2019, will include only some of the additional features that were included in the PC version.

In terms of features carried over, this means the Nintendo Switch and Xbox One versions of the FFX X/X-2 HD Remaster will include:

Audio Settings – You can adjust the Master volume, Voice volume, Music volume and SFX volume up to 100 which is the default setting. View screenshot here.

Controller Settings – Here you can change the various controls so what each button does. It could prove handy if you forget something. You can find screenshots for X here, X-2 here and Last Mission here.

Xbox One X Enhanced – This allows you to play the Xbox One version in 4K Ultra HD on Xbox One X.

Unfortunately that’s it. These are the other additional features the PC version includes but the Xbox One and Switch versions do not.

Auto-Save – An Auto-Save slot is available for all 3 games and is separate from regular save files. In X and X-2 the game’s auto-save is updated whenever you enter a different room. In Last Mission it will do so whenever you ascend or descend a floor.

Game Boosters – Final Fantasy X Remaster features 5 boosters that can be turned on or off whenever you like, as many times as you like.

Turbo: This speeds up the game to x2 and x4 speed. Other Final Fantasy games called this high speed mode.

Encounters: With this you can turn off all random encounters or double the frequency of encounters. This does not affect story encounters. Obviously not available in Last Mission.

Auto-Battle: All characters use their default attack each turn while on. Not available in Last Mission.

Hide HUD: With this you can turn the HUD off. As some may put it, making it perfect for screenshots.

Parameter Changes – It also features 3 parameter changes that really are as close to Final Fantasy X cheats as you’ll get. They almost certainly would have disabled achievements on console like they do for Final Fantasy IX. You can use them as many times as you like but they cannot be turned off.

Get all items: This gives you 99 of every single item in the game excluding key items. Not available in Last Mission.

Unlock all skills: This unlocks every skill for every character. Not available in Last Mission.

Max Gill: This will give you as much Gill as you can carry in each of the 3 games.

And that’s about it. Unfortunately, again, none of these features are included in any other version of Final Fantasy X/X-2 HD Remaster.

To be clear, the PlayStation 4 version has never included any of the additional features that are actually included in the Xbox One and Switch versions. They have not added any features via updates to any version to date.

Some also wonder about skipping cutscenes in X and dual-audio (English & Japanese) across the collection but these are a different matter altogether as they have never been included in any version of the game. Although for what it’s worth it’s likely you cannot skip cutscenes in X due to the way the game was originally programmed to load assets during cutscenes.

What can fans do? Not a whole lot I’m afraid. We can be vocal and tell Square Enix we want these added but most of the time Square Enix ignores fans requests and when they do actually listen it’s a miracle like what they did with Chrono Trigger on PC.

As it stands the PC version of Final Fantasy X/X-2 HD Remaster is the most complete while the Xbox One version is the best looking on console and the Switch version’s handheld mode will appeal to those who like to play on the go. The PlayStation 4 version is also a fine choice.