Do We Default or Evolve: From Final Fantasy To Bravely Default 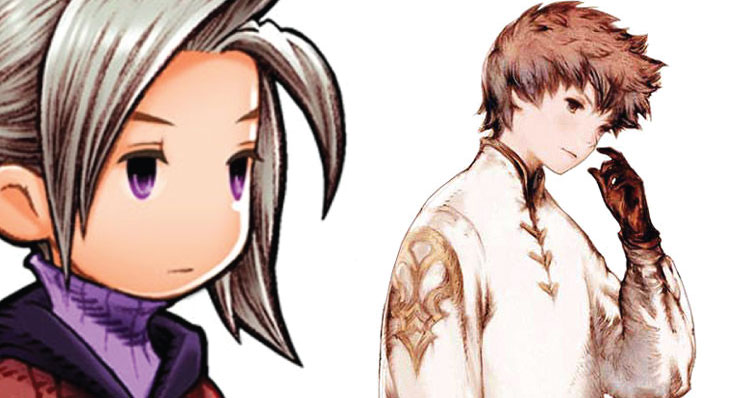 Travel the world, clear dungeons, train your characters in unique jobs, restore the crystals which maintain the world’s balance, and defeat the would-be tyrant threatening the world – sounds like a typical old-school Final Fantasy plot, right? In a kupo nutshell, this sums up many games in the series, most notably the first, third, and fifth installments. Yet it also encapsulates the tale of Bravely Default, an RPG Square-Enix released on the Nintendo 3DS in 2014.

Each new entry in the main line of Final Fantasy games explores new uncharted waters of gameplay and cutting-edge presentation. Meanwhile, in its shadow, Bravely Default and its newly-released sequel, Bravely Second: End Layer, have taken up the torch of their predecessor’s original essence and borne it into the modern age.

A Rose By Any Other Name…

A cursory glance at Bravely Default should be all it takes to remind Final Fantasy veterans of classic adventures on older Nintendo consoles. The player controls a party of four adventurers, assigning them classes/jobs (like White/Black/Time Mages, Summoners, Dark Knights, Thieves) to impart abilities and direct their growth. These heroes have a familiar super-deformed style and doll-like faces that take heavy inspiration from the DS remakes of Final Fantasy III and IV. Even most item names, like Potions and Hi-Potions, recur.

These things, in themselves, are not exactly exclusive to Final Fantasy; the series has set certain precedents and standards in its genre and its imitators are legion. The similarities here, however, are not tributes or derivatives, as Bravely Default entered development as a proper Final Fantasy game – to be exact, as a sequel to Final Fantasy: 4 Heroes of Light.

4 Heroes was developed for the Nintendo DS by Matrix Software, the same team responsible for the DS remakes and Final Fantasy IV: The After Years. It was quietly released to western audiences in 2010 and never garnered much interest, selling about half a million copies (compared to Final Fantasy III’s two million). Nonetheless, there was enough internal interest at Square for a sequel. Silicon Studio was chosen to develop the project.

Early on, producer Tomoyo Asano decided to re-brand the game with an original title but maintained many familiar aspects to ensure Final Fantasy fans could jump in easily. With a unique IP and its own twist on that classic gameplay, Bravely Default: Flying Fairy was released in Japan in 2012 and quickly deemed viable for a sequel; a revised version, subtitled “For the Sequel,” was announced with numerous improvements, and it was localized for western audiences in 2014.

Independent of its predecessors’ namesake, Bravely Default was a critical and commercial success, filling a gap in the 3DS’ catalog and the industry overall. It mixed the best of classic Final Fantasy games with modern tastes and the 3DS’ unique features with social gaming principles, with the result being a charming and challenging (yet accessible) JRPG.

I personally love every game in the Final Fantasy main series (excluding the online ones I’ve never played). I’ve never truly been disappointed by any of them; I certainly rank some above others, but I appreciate each for its unique strengths and try to overlook their shortcomings. And yet, Bravely Default makes me question the direction the series is taking.

From day one Final Fantasy has embraced innovation; for example, Final Fantasy II was so much more than a re-skinning of Final Fantasy I, and Final Fantasy III built upon both its forefathers. A franchise that doesn’t take risks and reinvent itself is doomed to stagnation, after all, and though some decisions have been less praised than others Square cannot be accused of the same lazy tactics that plague western franchises like Assassin’s Creed or Call of Duty. As a consequence of innovation, the franchise is becoming unrecognizable from many of its earlier incarnations. Without the name, who might connect the image of 16-bit parties lined up against enemies with the frantic, free-roaming, warping battles of Final Fantasy XV? Ten years ago, would I have thought it possible to see a photo-realistic Audi in the same game as chocobos?

In many ways, Bravely is truer to the Final Fantasy name than the last three installments. A big part of me longs for the Job-based systems (Final Fantasy XIII’s unique take on them helped redeem that game in my books), classically-styled environments instead of giant free-roaming worlds, and the whimsical, fairy-tale-meets-Japanese-chic characters. I find the heart of older Final Fantasy games in these handheld spin-offs, while the main series’ new entries prioritize style.

Bravely Default holds tight to that quintessential experience that defined many of the series’ first generations. It plays like a sequel to Final Fantasy V wearing Final Fantasy III (DS)’s clothes. Yet it provides its own twists on the archetypal story it seems to present at first and packs a charming sense of humor. Each character, from the playable heroes to the daunting villains who hold the keys to new classes, has a distinct and interesting personality conveyed by a great script and voice cast. The 3DS’ hardware is used to full effect: a beautiful audio/visual experience, Internet functionality that allows you to use your friends’ teams as supports, and a Streetpass-based mini game. It’s the definition of a classic RPG in a modern skin and proves the JRPG genre isn’t as stale as many claim.

A Tale of Two Fantasies

Bravely Second: End Layer’s release is perfectly timed. Many of us are a little jaded or disgruntled after Final Fantasy XII and Final Fantasy XIII failed to meet our expectations, and Final Fantasy XV looms upon the horizon with even grander ambitions. Will it disappoint us or usher in a new wave of quality JRPGs that follow in its footsteps? There’s no way to know for sure, but just in case, here we have a reminder that the old formula still has potential and viability. If modern games aren’t meeting your expectations, the Bravely games offer a glimmer of hope – an experience with contemporary sensibilities steeped in the best of the past.

It doesn’t push the 3DS hardware to the limit; its score isn’t fully orchestrated and performed by a philharmonic orchestra, nor does it feature a big recording artist; its world isn’t open and sprawling, featuring monsters larger than our screens; and its biggest concession to cutting-edge game presentation is a tremendous amount of voice acting (which is all so, so good). Its focus is on story, character, and a deceivingly deep reincarnation of a battle system that has held up since the 8-bit era. It’s the truest “Final Fantasy” game I’ve played in a decade, and it doesn’t even bear the name.

Ever Crisis: Final Fantasy 7 Could Be Delayed Until 2023