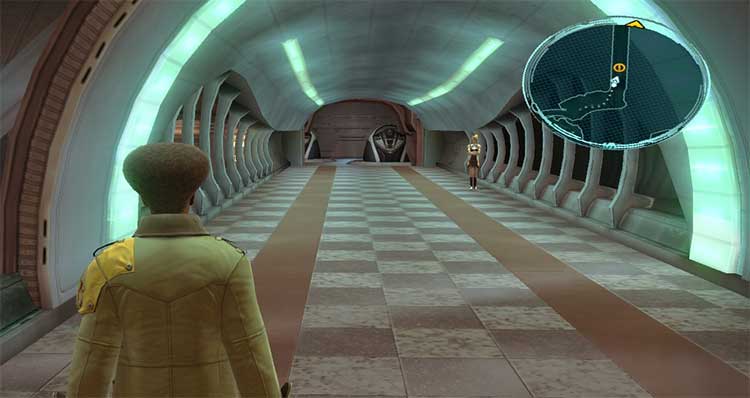 The recent delay for Final Fantasy XV gives its director, Hajime Tabata, more time to talk about his mammoth project, and once again his remarks have caused a stir in the game’s already impatient fan base. As reported by Siliconera, Tabata revealed details about FFXV’s structure to Famitsu and raised the heckles of many fans by using the term “linear.”

Mentioning the term in any conversation about a new Final Fantasy is sure to unsettle many after the initial backlash to Final Fantasy XIII in 2010. With the release date pushed back two weeks ago, this was a particularly inflammatory detail to reveal.

What Did Tabata Really Reveal?

“The entire game structure for Final Fantasy XV consists of both open-world and linear parts,” said Tabata. “The first half keeps going as an open-world, but the story in the second half’s is led by a linear path. That way, you won’t get bored of an open-world as the rest of the game tightens, so we made it in a way that you’ll also get to advance through it as you have in conventional Final Fantasy games. If you play through the first half and only the main route of the second half, I believe the estimated play-time sits at around 40 to 50 hours.” [Siliconera]

Tabata mentioned that Final Fantasy XV will have 16 chapters (numbered 0-15), and in the second half events will be “led by a linear path.” Is such a thing uncommon? When you really think about it, any RPG or game with side-quests is held together by the core, essential story. This is really nothing new, and a much shallower sentiment than it implies.

So in other words, the first half of the game will have much more potential to explore the open world and get lost on sidequests, before the story gains momentum and it makes less sense for Noctis and company to be meandering around the countryside. This is an interesting change for the genre; imagine if Final Fantasy XIII had done the same, putting players on Grand Pulse to learn the gameplay mechanics in a giant sandbox before heading to Cocoon.

Furthermore, we already knew this, in a way. Episode Duscae (now almost a year and a half old) consisted of many sidequests centered on the core goal of getting the Regalia fixed. From that early demo, we’ve known that in the early hours our party would be in a sprawling open-world environment reminiscent of Grand Pulse or the Calm Lands. Tabata has just further confirmed that Noctis will not simply goof off in the country for the whole game – a no-brainer. Obviously at some point he will have to return home to deal with the crisis.

It’s also worth noting Tabata’s estimation of the story’s length. He guesses that the first half and “only the main route of the second half” would total 40-50 hours. Perhaps the back half is not a straight linear path as people are now expecting; there could still be sidequests and distractions, just with a stronger compulsion to keep advancing the story.

“As You Have in Conventional Final Fantasy Games”

Linearity has had a fundamental place in the design of most Final Fantasy games – and most JRPGs, for that matter – since the very beginning. Any story ever told has a degree of linearity, and XIII and XV were not the first to feature it.

First, let’s address the elephant in the room. As was recently discussed on the podcast, Final Fantasy XIII had a very similar story structure to Final Fantasy X. Both parties became fugitives by the midpoint, making it unwise to linger in heavily populated city centres. The playable areas of both gamers can essentially be travelled in one long line – in the case of X, from Luca straight on to Zanarkand. What sets the two apart is that Final Fantasy X’s story was generally better received, and those who were disappointed in XIII’s story had less distracting them from the straight-forward exploration.

Before the PS2 era, however, we were misdirected. The old convention of the World Map gave us the illusion that we had more choice in where we were headed. It was easier to meander from one location to the other when we weren’t set on one long path; leaving a town and appearing on a much larger scale map made us feel like we were really travelling across the world and not down one long corridor. Every single-digit Final Fantasy followed a similar structure: a straight line with occasional detours until the final quarter of the game, with the world being fully explorable from the moment the final dungeon opened.

Look at Final Fantasy VII. There are a few distractions along the way from the time you leave Midgar, such as getting Yuffie and Vincent, or trying to get Aerith’s Great Gospel on disc one, but the world map is set up in such a way that you’re pushed toward your goal firmly. You can’t just skip past Cosmo Canyon, for example, because your buggy breaks down. Final Fantasy VIII and IX employed similar tricks, as the limitations of your vehicles helps keep you from going to areas too far beyond your strength. Really, this had been the practice from the very beginning. Back in the original game, you had to blast your way out of the first region with TNT, after completing the long series of fetch quests involving the sleeping prince of Elfland, the blind witch Matoya, and the evil Astos and obtaining the Mystic Key.

There are some exceptions to the rule, such as in the original game where it’s possible to complete the Class Change quest after defeating the first Fiend and getting the Airship, instead of after the second Fiend as the game hints. Most notable is Final Fantasy VI, where many of the World of Ruin quests to rebuild your party can be done in different orders if you’re strong enough.

But really, that’s about as flexible as the main series gets. It’s always been the case, and in most other JRPGs as well, and it wasn’t until World Maps were phased out and recent western RPGs made huge strides in open-world gameplay that we were really given reason to care how linear a game was. Flexibility was a pleasant bonus.

Shortly after Final Fantasy X did away with the traditional World Map, Bethesda Softworks scored two big hits with The Elder Scrolls IV: Oblivion in 2006 and Fallout 3 in 2008. These two games – one in a fantasy setting, the other a post-apocalyptic alternate history – fully realized the concept of an “open-world” game, applying concepts first attempted in the PS2 Grand Theft Auto games to western RPGs. Their successors, 2011’s Skyrim and 2015’s Fallout 4, are the current bar by which all new RPGs are judged.

While modern installments of these series are acclaimed for being vast and open-ended, they too possess a linear element in their main storylines. Strip away all the extraneous sidequests and exploration, and at their core the main plot seems a little thin. If one were to play only the main quests in these games, the experience would be drastically shortened and, for the most part, would be rather shallower. It’s all the distractions and aimless wandering that make this type of game so addictive and thrilling.

This approach works great for western-developed roleplaying games, but it’s one that hasn’t found much ground in their Japanese equivalents. Some people say the JRPG has stagnated and hasn’t changed much in the past decade, though that’s easily debatable. But for some reason, western audiences seem to expect eastern games to follow the trail blazed by Bethesda and their imitators, when really the two different types of RPGs have always been separate entities.

Japanese RPGs are not obligated to copy their English counterparts, and Final Fantasy is no exception. The franchise has always tried to find its own path; as its creator Hironobu Sakaguchi explained at Uncovered, the series “was constantly seeking new challenges, and never sitting comfortably in any given place.” Imitating ideas from western games too closely is certainly not in keeping with Sakaguchi’s philosophy for the franchise and it certainly would be atypical of Japanese developers altogether. Appealing directly and exclusively to English markets has always been a tricky position for these companies.

Fallout 4 and Skyrim may hold the top spot for western RPGs for years to come, but that by no means suggests that a Final Fantasy game has to imitate or directly copy their game styles. We shouldn’t be expecting the series to deviate so heavily from its roots. It’s Final Fantasy XV we’ve been waiting for, not Final Fallout Scrolls XV – and let’s be honest, if Square Enix copied Bethesda too closely it would be ridiculed for unoriginality.

It doesn’t matter if the game can be called linear or not; what matters is that its design makes sense, given its story and gameplay. In this case, I think it’s a good call. When Final Fantasy XV begins, its protagonist is removed from the heart of the conflict, which rationalizes the open-world approach. When he joins the fight properly, it makes sense that the plot should become much more focused. Furthermore, it sounds as though Tabata’s team has learned from Final Fantasy XIII’s example, as its director, Motomu Toriyama, has admitted that its linear design was intended to give give players “enough time to become familiarized with the new battle system and the unique world,” but ultimately “led to players feeling like the majority of the game was a tutorial.”

It seems like a pretty novel approach, actually. We can get used to the intricate game system during Noctis’ travels, and have it mastered by the time we reach the second half and the story becomes serious. If Episode Duscae and the Platinum Demo are any indication, we may very well need a lot of time to get the flow of battle down pat.

We needn’t be scared of the term “linearity.” That in itself is not a death sentence. What matters most is not how wide-open the game’s world is, even in this age where Bethesda reigns supreme, but rather how good the game itself is.

Final Fantasy XII: The Zodiac Age, Confessions of a Critic