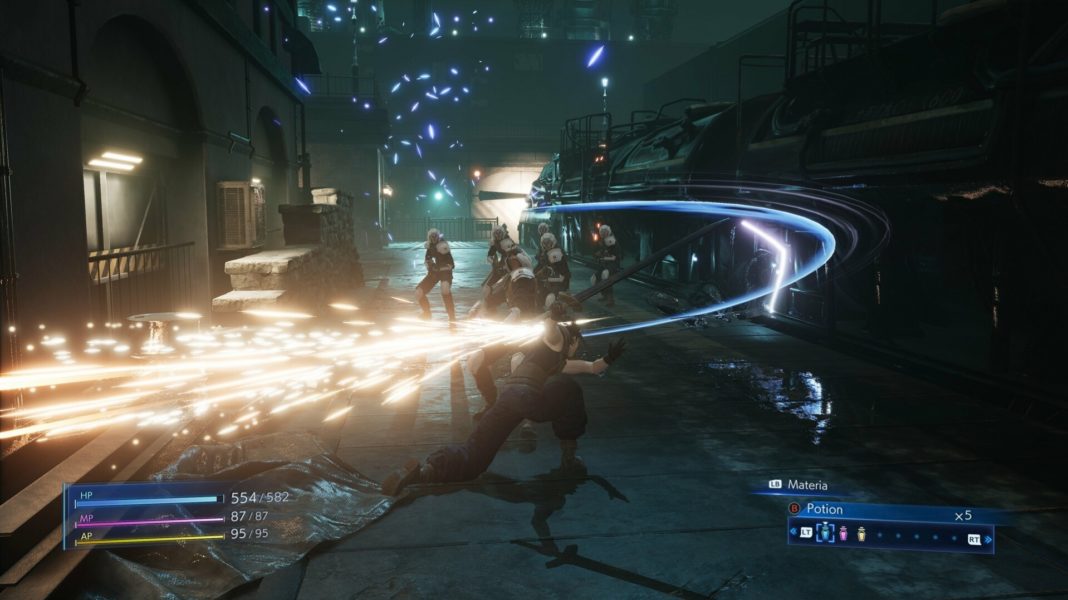 One of the more integral was the DMW (Digital Mind Wave) System.

Acting as an equivalent to Limit Breaks that were seen within the original Final Fantasy VII, the DMW System was linked with Zack Fair’s emotional state, allowing him to call upon the strength of the game’s numerous Summons, gain positive status effects and perform powerful attacks.

Even though Crisis Core Reunion has seen the battle system retooled, it too will feature the DMW System. However, for this more modernised version, that’s being released as part of the wider Final Fantasy 7 Remake Project, some tweaks have been made to make its utilisation much more seamless within the wider combat experience.

Before we dive deeper into how it’s been changed, what the different states are and how it relates to the likes of Sephiroth, Bahamut and Genesis, it’s important to understand how the DMW system works, in its most basic form, as it can be a little confusing.

In its most basic form, the DMW is an equivalent to Limit Breaks, as they were seen within plenty of prior games including, but not limited to Final Fantasy VII, Final Fantasy VIII and Final Fantasy X. As such, should circumstances allow, the DMW System grants Zack Fair access to specific damage-dealing moves and status effects that would not be available during conventional gameplay.

But even though it provides a similar function to Limit Breaks, the DMW System is not used in the same manner. Instead, it serves as a unique system that has its own quirks.

Once players hear “Activating Combat Mode”, the DMW will be initiated and within combat, it is almost always present via the pseudo slot-machine that appears with three reels at the upper-left hand corner of the screen. Each of the reels contains character portraits and numbers, with them being independent from one another and leading to different actions, despite being present within the same area.

Throughout each encounter, the DMW system will cycle through the following flow:

If there’s a match of any kind, be it either number or character portraits, that’s when the DMW System kicks into gear and Zack can start to see the benefits within combat. But it’s also important to stress, that similar to what was seen within Final Fantasy IX, where characters could enter into Trance due to their emotional state, irrespective of whether they had fulfilled the correct in-battle criteria, the DMW can also be affected by emotions.

Even though the DMW is quite self-sustaining and will always be running in the background during combat encounters, how it performs can be affected by Zack’s emotional state and temperament.

When such an event is in the process of occurring, the oscilloscope next to the DMW will start to fluctuate. This can then hinder the chances of positive buffs and DMW attacks taking place, or enhance them. Depending on the context of why Zack’s emotions may be heightened, specific character portraits also have the chance of appearing more frequently than they normally would.

There are five different emotional states:

The Emotion Gauge can also be manipulated to enhance results by using the appropriate Independent Materia. This can increase the probability of certain character portraits appearing by a significant proportion.

Irrespective of whether there was a character portrait match, the DMW system will complete the final spin and then check to see if any of the numbers have matched.

If they do, then there are a whole host of special effects, but these will vary depending on whether there was a modulating phase or no Modulating Phase.

If there’s no Modulating Phase:

If there’s a Modulating Phase, there are less combinations, but they are more powerful and relate to Zack as a whole.

There are three main types of Limit Break; Characters, Summons and Chocobo

Within the DMW Character Type, players will see character portraits be associated with characters that Zack has a strong interaction with throughout the story. They are (in order of acquisition):

DMW Summons are not acquired through natural progression and instead must be found, unlocked or bought. There are five that can be found and they can be used to deal significant damage or even grant useful status effects. The Summons are:

Associated with the various Final Fantasy mascots, “Chocobo Mode” allies, much like the Summon types, must also be found, unlocked or bought. There are seven in total:

We hope you’ve enjoyed this Crisis Core Reunion DMW Guide! Be sure to keep an eye out for more upcoming guides relating to how to unlock the DMW Characters, DMW Summons and DMW Chocobos!

How To Unlock the Blue Mage in Stranger of Paradise

Is Crisis Core Reunion A Remake?