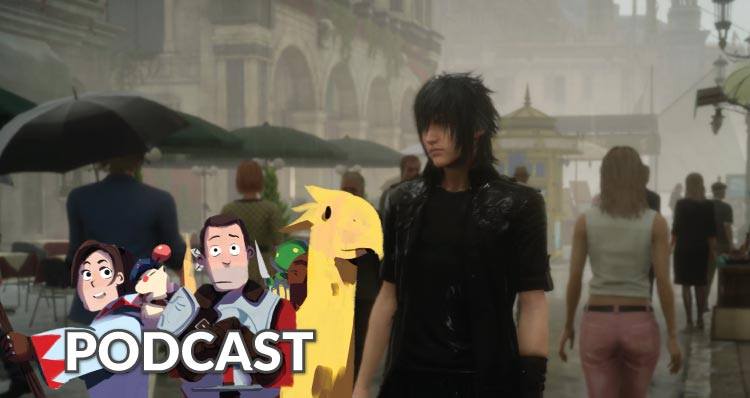 Uncovered: Final Fantasy XV was a massive explosion of Final Fantasy and there has been plenty of stuff going on since, it’s been absolutely mind blowing! It’s the perfect time to catch you guys up on everything that happened during the show and has happened since, because there’s STILL stuff coming out.

The first part of the show sees us talking through a bit of the pre-Uncovered: Final Fantasy XV coverage, including the amazing Amano art piece. We then go onto the show itself and then run through everything that’s happened since, thanks to interviews with Tabata and various other publications.

For the second part of the show we dive into the Final Fantasy XV Platinum Demo. I’m sure most of you have had the chance to check it out for yourselves, but if you want to hear what we think, we’ve got you covered! There’s even time for a couple of questions from the community on the end too.

It makes for a pretty awesome episode and we are certainly psyched for Final Fantasy XV.