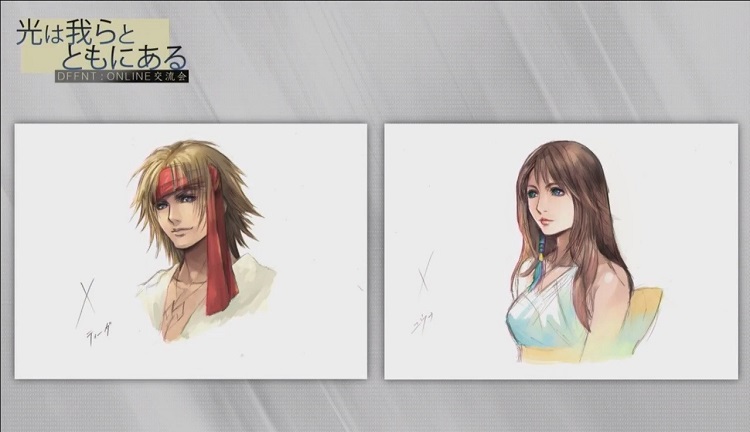 This was brought up during a community broadcast for Dissidia Final Fantasy NT for the launch of Yuna. Voice actress Marika Kouno, a big fan of the game asked if there had been any consideration for another follow up to Final Fantasy X.

Kitase answered “Currently, Final Fantasy X’s latest story is recorded in the voice drama for the HD Remaster, but back when we decided to include the voice drama the staff was really excited about the thoughts of “Don’t you want to make Final Fantasy X-3?” However, most of them have been busy and so we haven’t been able to make it happen.”

It’s interesting to hear that the team were excited about the prospect of X-3, since previously we only knew Final Fantasy X series’ lead scenario writer Kazushige Nojima wanted to do it and already had the story in mind for it.

Takeo Kujiraoka, the director of Dissidia Final Fantasy NT added that there have been requests for Tidus and Yuna’s designs from the audio drama being made into costumes for Dissidia but character designer Tetsuya Nomura said “First make Final Fantasy X-3 then”.

Kitase concluded by saying “For now, I hope fans can look at this illustration and just wonder “I wonder what would happen in Final Fantasy X-3?”“