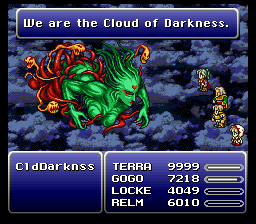 Over the years, dedicated fans have created numerous rom hacks to modified existing Final Fantasy games and Final Fantasy VI T-Edition, one of the most comprehensive, has now been made available in English.

Developed by a Japanese ROM hacker called Tsushiy many years ago, Final Fantasy VI T-Edition featured a whole host of improvements, including but not limited to, additional side quests, new locations and dungeons for the party to visit and unlockable character costumes. It also incorporates music from other Final Fantasy games, as well as introducing new spells, attacks and items.

For those who’re passionate about Final Fantasy VI, this rom hack adds a brand new lease of life to the classic game that released almost thirty years ago now. And if you’re looking for a new JRPG experience, it’s well worth exploring!