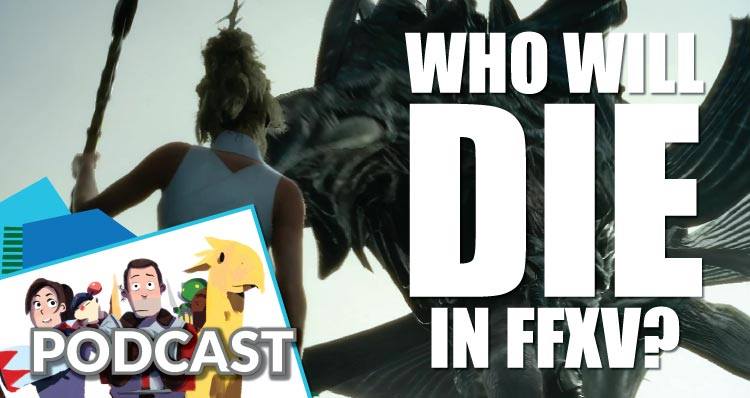 Final Fantasy Union Episode 133 is live and we’ve got plenty to talk about! With the release of World of Final Fantasy (and the demo), hype is in full effect and we also have a rather interesting Final Fantasy XV topic!

The Final Fantasy XV topic, who we believe will die in Final Fantasy XV (if anyone), was suggested by one of our Patreon supporters. Join us, as we talk about various theories we’ve heard, and also what logically makes sense!

We hope you enjoy the discussions, there’s plenty of theories abound! 😀