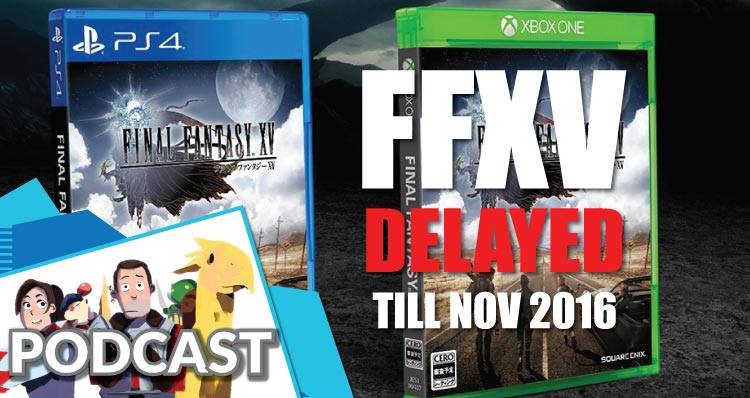 Wowzers, what an absolutely manic weekend we’ve just had! Yes, Final Fantasy XV has been officially delayed following a weekend of consistent rumours. Director Hajime Tabata took to YouTube to produce a heartfelt messaging explaining why the game would be delayed until the 29th of November, 2016.

Fortunately the rumours at least broke before we recorded this latest edition of the podcast, so we have an entire section about the delay of Final Fantasy XV, albeit with discussions that are a little bit redundant ^^;

We’re also pleased to have Jake Brown (aka the Final Fantasy Peasant on YouTube) as a guest on this episode to give his thoughts on things, including the quality of sequels in the Square Enix era! There’s a bit of a history lesson thrown in too, because there were actually some sequels that happened BEFORE the merger between Square and Enix.

There are also some fan questions relating to whether you should buy Final Fantasy III and entry points into the franchise. We hope you enjoy it 😀