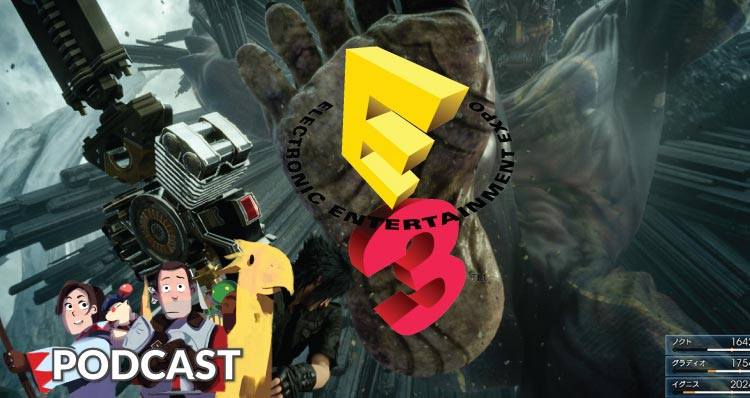 It’s been a manic few weeks due to E3 2016 and all the pre-amble that took place, so this episode is a comprehensive breakdown of everything that happened before, during and somewhat after E3 2016.

The main topic revolves around Final Fantasy XV’s showing on the biggest stages (for example, the Microsoft press conference) and how we feel it had an unfortunate impact on the game’s overall reputation within the video games industry. We also touch on PlayStation VR and A King’s Tale: Final Fantasy XV.

Oh, and of course we take a look at the other big announcements too! Final Fantasy XII: The Zodiac Age is too big to ignore and the release date for World of Final Fantasy was also good news. We even have some comments from Nomura on the Final Fantasy VII Remake!