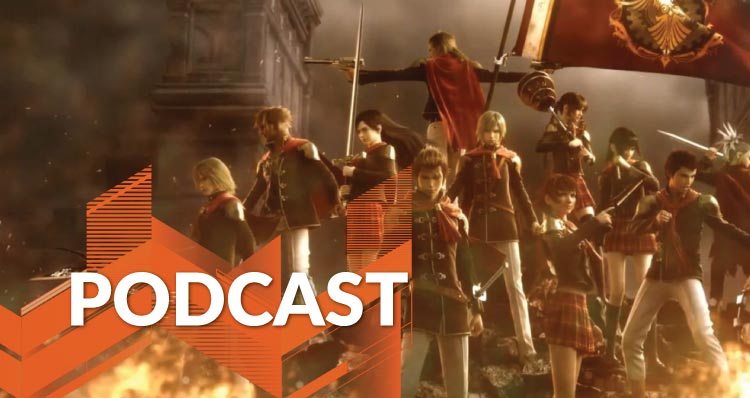 Final Fantasy Type-0 HD has released! Well, at least in North America anyway. To celebrate, that’s exactly what our featured discussion is about this episode and we are joined by Stealth again to get a slightly different perspective. While Lauren and Darryl have been playing the renovated PS4 version of Final Fantasy Type-0 HD, Stealth had the chance to play the original PSP version back in 2011.

In addition, we also had the chance to check out Final Fantasy XV: Episode Duscae last week. It means we also have a chunk of discussion around the Final Fantasy XV demo, specifically regarding weapons, combat and even the voice acting.

This episode also marks the successful return of the Ultimate Final Fantasy quiz. Our first contestant of the year is Kyle and he dives straight into the new format. Be sure to listen to check out how he fared and if you fancy yourself a bit of a Final Fantasy trivia buff, be sure to apply via our Twitter or Facebook accounts.

Outside of these three wonderful topics, we also make a small amount of time for some news. Yes, we have information about Final Fantasy XIV: Heavensward and also Final Fantasy: Record Keeper. It’s a bumped episode, so be sure to give it a good listen!