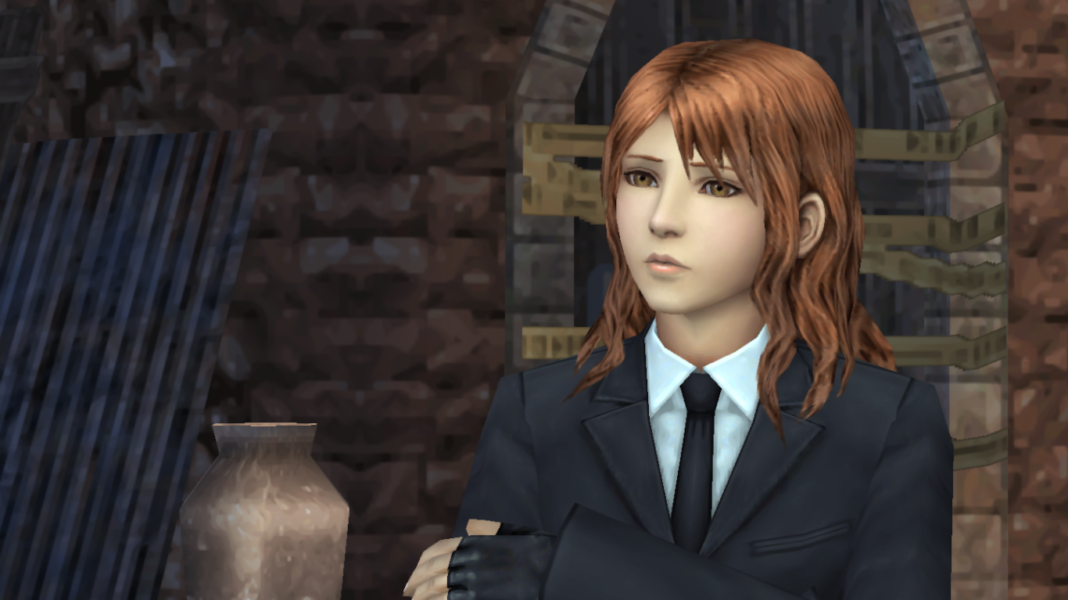 When Crisis Core launched back in 2007, it was fantastic for exploring expanded the lore of existing characters, characters like Cissnei.

Even though Cissnei was an original character for Western audiences, she had already featured within the Compilation of Final Fantasy 7 thanks to an appearance within Before Crisis: Final Fantasy 7. At this point she was known as Shuriken (Female), a member of The Turks who appeared within Episode 18.

It’s unclear why the development team decided to elevate the role of Shuriken (Female) when working on Crisis Core, as none of the other playable characters were given the same treatment, but this decision would end up being a positive one.

Within Crisis Core, as a member of The Turks, Cissnei became part of the supporting cast. This would also see Cissnei form a strong friendship with Zack Fair that would carry through much of the game, with her being integrated into the Digital Mind Wave gameplay mechanic.

There are, however, plenty of questions that arose following the appearance of Cissnei, including…

What Is Cissnei’s Real Name?

One of the more curious elements about Cissnei, relates to her name. As mentioned, within Before Crisis, Cissnei was known as Shuriken (Female), and for long periods of Crisis Core it was believed that Cissnei was her real name, as it wasn’t too dissimilar to other names like Tseng, Reno or Rude. However, Cissnei revealed to Zack Fair that Cissnei was only a codename and towards the game’s conclusion, she vowed to try and find Zack so that she could tell him her real name. As that did not happen, fans were left wondering what Cissnei’s real name actually was.

To this date, that question has not been answered – Cissnei’s real name has never been revealed.

What Happens To Cissnei After Crisis Core?

As Crisis Core drew to its conclusion, Cissnei, along with the rest of The Turks was desperately trying to find Zack Fair before the Shinra Infantry. This was an endeavour that ultimately failed, with Cissnei watching on. But while Reno, Rude and Tseng would feature within Final Fantasy 7, within the original game Elena served as their new supporting ally and Cissnei was nowhere to be seen.

There is no official record of what happened to Cissnei after this event, but it can be assumed that she either went into hiding along with other members of The Turks, or that she was sent out on assignment to somewhere else in the world and her path did not cross with Cloud and the other playable members of the cast.